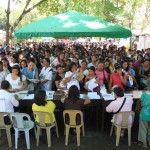 The Department of Social Welfare and Development (DSWD) is in need of 47,644 field workers to implement the Listahanan 2nd nationwide assessment. These comprise of 1,277 area coordinators, 6,383 area supervisors, 31,908 enumerators, 4,038 encoders and 4,038 verifiers, who will be tasked to collect information from 15.3 million households in 1,490 municipalities and 144 cities continue reading : DSWD now hiring staff to do survey of poor families 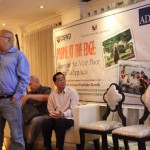 Reposted from Rappler.com MANILA, Philippines – When Filipinos are asked to describe their financial status, whether based on income or purchasing power, 3 terms are usually heard: mayaman (rich), may kaya (well-off), and mahirap (poor). The boundaries of each classification are often blurry. Arguments have emerged over when one can be considered rich or middle continue reading : Who are the near-poor in the Philippines? 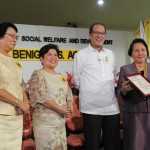 President Benigno S. Aquino III has recently approved the P1.9-billion budget for the Department of Social Welfare and Development (DSWD) to conduct its second Nationwide Assessment that will identify poor families who will be qualified to receive assistance from the government’s social protection programs and services. “This undertaking will update the existing database and provide continue reading : PNoy gives green light for DSWD’s 2nd nationwide assessment of poor families 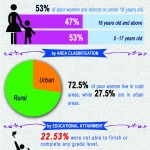 According to the Department of Social Welfare and Development (DSWD), women constitute 48 percent of 28 million poor individuals identified through the National Household Targeting System for Poverty Reduction (NHTS-PR) or Listahanan. Listahanan is a project of the national government that is being implemented by the DSWD. It is an information management system that identifies continue reading : DSWD data show almost half of poor sector are women 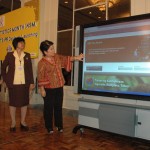