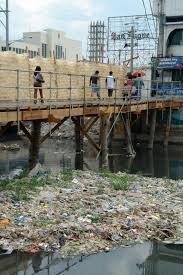 Listahanan identified poor in Metro Manila will be prioritized in the pilot implementation of the “Bantay Ilog, Bantay Estero” (BIBE) program of the Department of Health (DOH)-National Capital Region. The BIBE program was launched last December 13, 2013 in Malabon City.

DOH-NCR Regional Director Eduardo Janairo explained that the program is a work for health campaign designed to provide jobs to Listahanan identified poor in Metro Manila while teaching them the importance of health, hygiene and sanitation. Ten poor individuals will be employed for every barangay where BIBE will be implemented. They will be responsible for maintaining the cleanliness of the rivers and waterways proximate to the areas where they reside.

Director Janairo believes that de-clogging the rivers, waterways and estuaries will ultimately prevent flooding in Metro Manila and reduce health risks brought by water pollution. It can also revive rivers which can be a source of livelihood for the community.

“This program will teach the poor to become resourceful and capable citizens, and make them feel that they too can make a difference in their community”, said Director Janairo.

BIBE is just one among the programs of DOH that are meant to improve the health and uplift the lives of the poor. The DOH programs that use the Department of Social Welfare and Development (DSWD)’s Listahanan as basis for identifying their beneficiaries include the Compack Program (Complete Treatment Pack), which provides free medicines for common diseases, and the National Health Insurance Program, which subsidized the Philhealth membership premium of the 5.2 million Listahanan identified poor households. ### (written by Krupska Lenina Apit, DSWD – Central Office)